YouVisit has been acquired by EAB
AMA Higher Ed Conference 2019- Key Takeaways
Retaining Transfer Students: A Rising Problem
Data-First Marketing Approach
Proposed Changes to NACAC and What They Could Mean For You

The worlds of virtual and augmented reality are changing incredibly fast—and we’re always looking to the future. That’s why we reached out to thought leaders in the VR/AR space to get their predictions for the year ahead. (We also culled a few quotations from the web.) Enjoy! 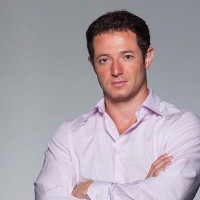 I think you have to be looking at AR, and how people are looking at it and responding to it. Particularly now that Apple’s moving there and everyone will have it on their phone. AR will be very popular, but it’ll take longer than expected to reach a critical mass. VR will continue to grow in 2018, but AR might grow at a faster rate, since everyone will have it.

2018 will be a big year for VR and one of the reasons will be 2018 FiFA World Cup. Companies like NBC Universal/Telemundo are betting on VR to bring the fans closer to the action of the world’s largest sporting event. Bringing fans to sidelines of the matches will prove fruitful for brands that invest in VR for the event. It will help with further adoption of VR in the mass market.

With prices coming down and specs for running HMDs becoming less constrictive, VR will see a rise in adoption. The critical part of the debate on VR adoption and hitting mass market will also come down to content. The need for high quality content that is not only visually pleasing and narratively enticing, but that also keeps vection to a minimum will be more important than ever. This provides a huge opportunity for content creators. We’re already seeing studios like Chris Milk’s Within raise millions of dollars because great VR content is what the market will crave.

Augmented reality will also lead the way in this transition. The future of VR is tied to the future of AR, and AR will impact all aspects of life. The success of both technologies will also depend on having better connectivity, faster processors and of course AI is at the core if it too.

With VR the ultimate goal is to eventually create reactive content.

Where VR will go in 2018 isn’t dependent on hardware or software; it depends on marketing and outreach. Right now, the VR industry is living off of a small, passionate community of VR enthusiasts, and big players are hoping that group will just organically grow into a mainstream-sized audience on its own. But tech cycles and attention are shorter than in the past (think early days of the internet), so success will depend upon VR hardware/software/content makers working harder to more rapidly pull the mainstream into high-end VR experiences (not things like Google Cardboard/Gear VR).

However, the biggest challenge will be a fight for “attention” as Apple’s ARKit rises to prominence over the next 12 months. Because of ARKit (and competing AR platforms), the focus on “virtual objects” will rapidly shift toward AR. VR companies need to anticipate this and become more aggressive about quickly engaging consumers who aren’t tech enthusiasts. Overall, in the short term (18 months), VR will be most successful in VR arcades (VR esports, secondary movie experiences, dating) and cafes-like facilities (VR therapy, education, etc.) from large players like IMAX VR and smaller, indie location-based facilities.

Inside out, 6DoF tracking, tetherless VR headsets will find a prominent place and make VR easier in 2018, but the key challenge will still be around pulling user attention away from their newly AR-enabled iPhones (and, of course, the non-immersive aspects of OTT content viewing services like Netflix, Hulu, etc.). VR needs eyeballs, and the fight for those eyeballs is only getting harder.

Adario Strange is a tech analyst for Mashable and host of the MARS Magazine podcast. Follow Adario on Twitter.

We can expect to see exponential growth and a widely expanding utilization of VR and AR in 2018 within industries that have been reluctant to get onboard thus far. As metrics improve and the real-world results of these immersive technologies becomes more trackable and measurable, business executives will see VR as less of a fringe technology and more of an essential engagement and conversion tool for their brands.

Also, be ready to be surprised, as we’ve likely not seen a technology so well positioned to make a dramatic impact on the way people communicate since Marconi’s invention of the radio.

PJ Morreale is the senior director of YouVisit Studios. Read PJ’s recap on his trip to Vienna to attend IVRPA, where he spoke on a panel titled ‘Follow the Money: Monetizing Virtual Reality Today and in the Future’ here.

Jesse Schell is CEO of Schell Games. Predictions above are excerpts from this UploadVR article. Follow Jason on Twitter.

Eye tracking will be central to the medium. There’s no doubt in my mind that this particular enhancement will play a big role in the second wave of major VR devices—for one thing, it solves a number of big technical challenges, allowing engineers to optimize performance by focusing system resources where the user is currently looking (lowering VR’s high barrier to entry). It can also simulate natural focus realistically and give way to new eye-tracking centric game play elements that will open the door to much more immersive experiences.

YouVisit is an immersive technology company powered by Aria, the leading enterprise platform that enables brands and organizations to engage and convert audiences through interactive 360 experiences.

YouVisit combines the power of Aria with an award-winning production studio to drive measurable results for over 800 clients across mobile, desktop, and VR.

For more information visit Our Services.