This is the accessibility version designed specifically for users needing extra accessibility features.
Feel free to check out the original experience here.

The experience descriptions and guides are currently being displayed in English.

Enjoying the Experience? You can register for more information now.

Below are quick links to jump to specific stops of the experience. 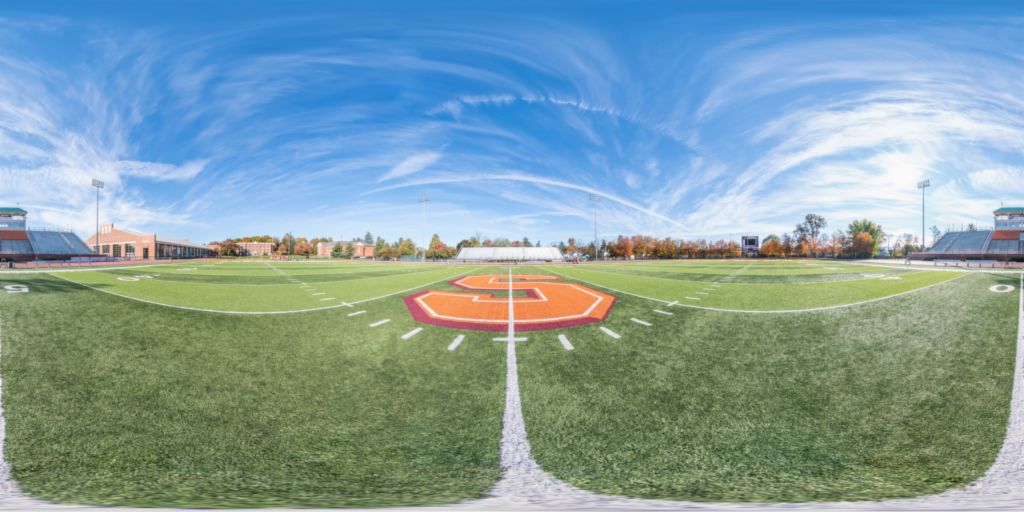 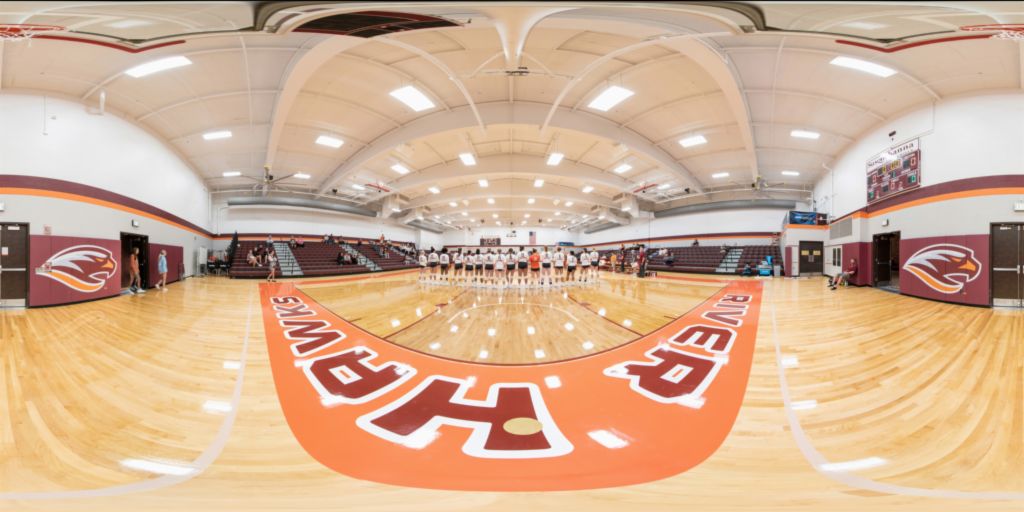 Orlando W. Houts Gymnasium, home to River Hawk basketball and volleyball, has a capacity of 1,100. Recent renovations include the addition of central air in 2021 and a new floor scheduled for install in 2022. The gym is consistently utilized to host Landmark Conference and NCAA playoff games and doubles as a space for recreational and intramural play. 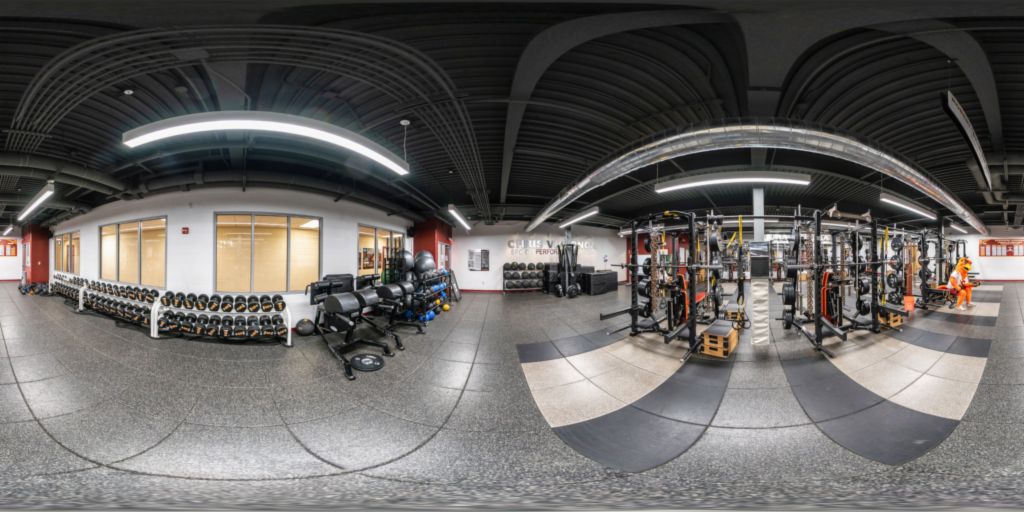 The Vialonga Sports Performance Center is named in honor of Chris Vialonga, a 1993 graduate and standout lineman for Susquehanna. Chris tragically lost his life in the September 11th terrorist attack on the World Trade Center, where he worked as a currency trader for Carr Futures. In 2015, SU hired its first strength and conditioning coach to address a longstanding competitive need. With the enthusiastic encouragement from Chris' friends, teammates and "brothers," funds were raised to renovate and expand the existing weight room in his honor, giving current and future athletes the competitive edge that comes from superior training and conditioning. The space was dedicated on September 10th, 2016. 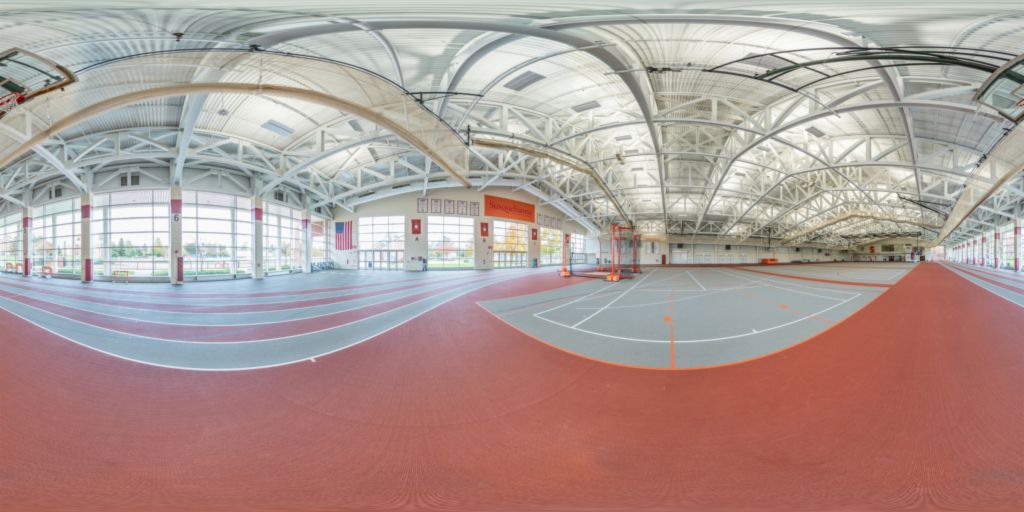 Home to our River Hawk indoor track & field teams, the Field House is a 51,000-square-foot facility located in our Garrett Sports Complex featuring a six-lane, 200-meter Mondo track that plays host to the Landmark Conference Championships annually. The facility houses a jumps pit and designated spaces for the throwing cage, pole vault pit and high jump mat, while featuring floor-to-ceiling glass walls with a view of adjacent Doug Arthur Stadium. The Field House has four multi-sport courts for a variety of recreational and intramural play to take place, as well as batting cages and space for field sports to practice indoors and the campus community to enjoy. 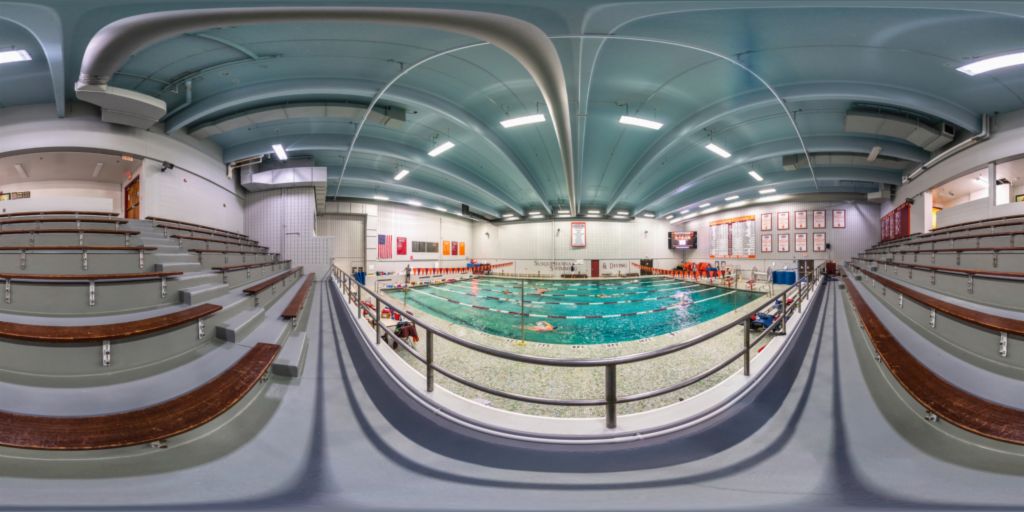 Located in the Garrett Sports Complex, the 25-yard pool is home to our River Hawk men's and women's swimming & diving teams that are annually honored as Scholar All-America squads. The natatorium features a fully automated video scoreboard that runs a six-lane display via Colorado Timing Systems. It was dedicated in honor of Ged Schweikert, the program's first head coach. There is a viewing section that seats 600 spectators and there are reserved open swim hours allowing the campus community to enjoy the facility. 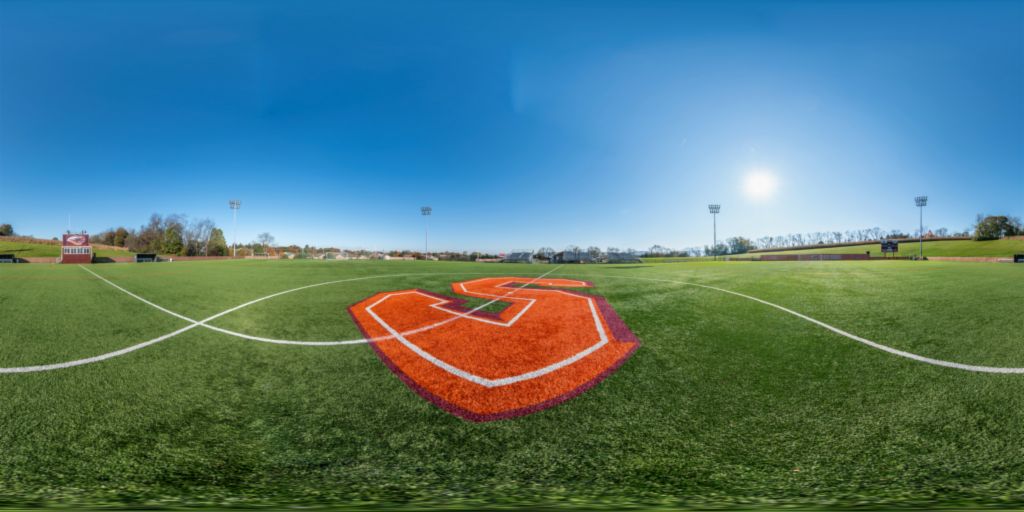 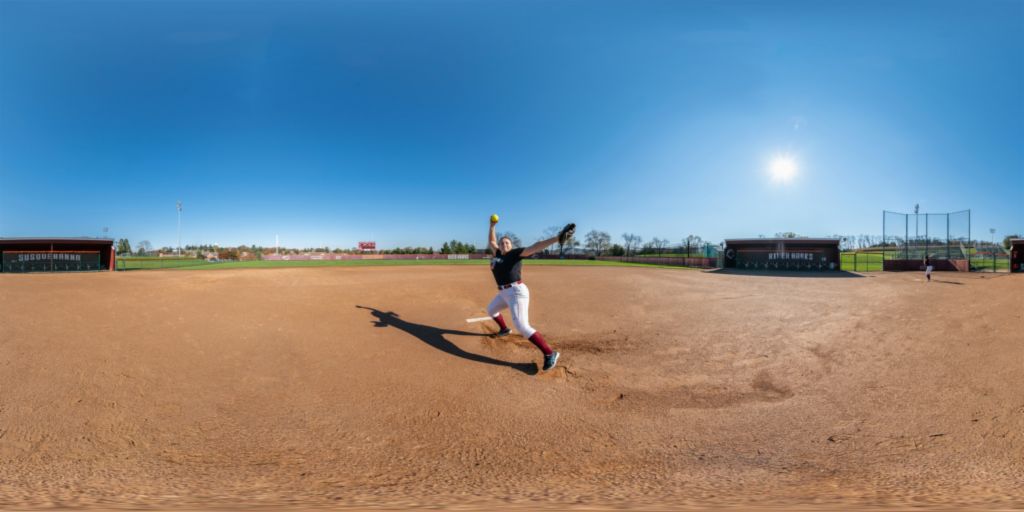 Home to River Hawk softball, the field boasts an eight-inning digital scoreboard installed in 2017, a new sound system as of 2019, a double batting cage, four bullpens and bleacher seating for 500 spectators. Upgraded in 2018, the home and visitor dugouts have been freshly painted by 2021 graduate Nicole Principe to feature River Hawk artwork. Additionally, a branded windscreen has been added to the outfield fence and a large storage and bathroom facility is located adjacent the field. Our pitcher-friendly field is 220 feet down the lines and 235 feet to center. 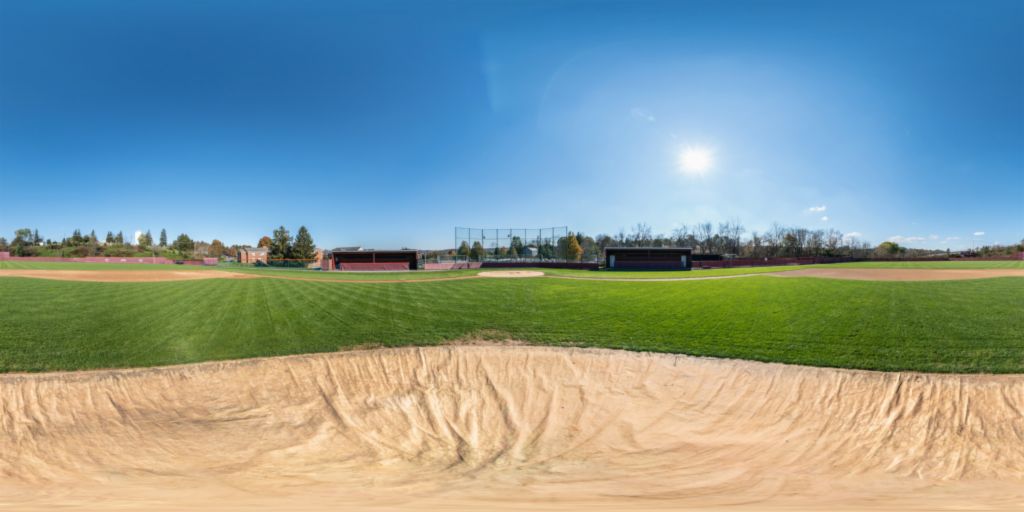 Home to Susquehanna baseball, Harold Bollinger Field features a nine-inning scoreboard installed in 2019 and often hosts Landmark Conference playoff games. The facility has home and visitor dugouts, bullpens and batting cages. It measures 318 feet down the left-field line and 305 feet down the right-field line with a 10-foot wall, and 390 feet in center field with an 18-foot batter's eye. 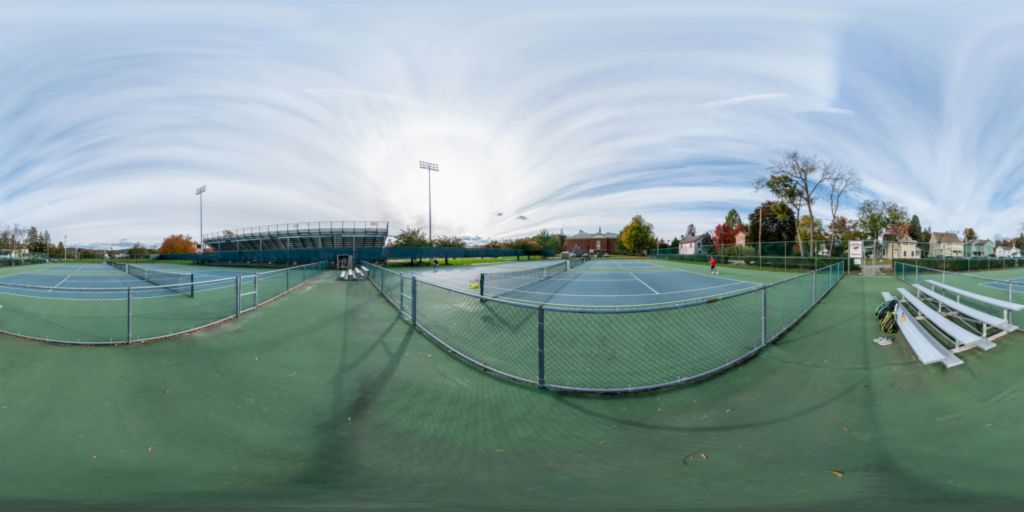 Home to the men's and women's tennis teams, the Garrett Sports Complex Tennis Courts are located adjacent to Amos Alonzo Stagg Field at Doug Arthur Stadium and feature six all-weather tennis courts. Seating space is available for approximately 75 people. Additionally, there are several indoor tennis courts located in the Garrett Field House, which are available for use during inclement weather. 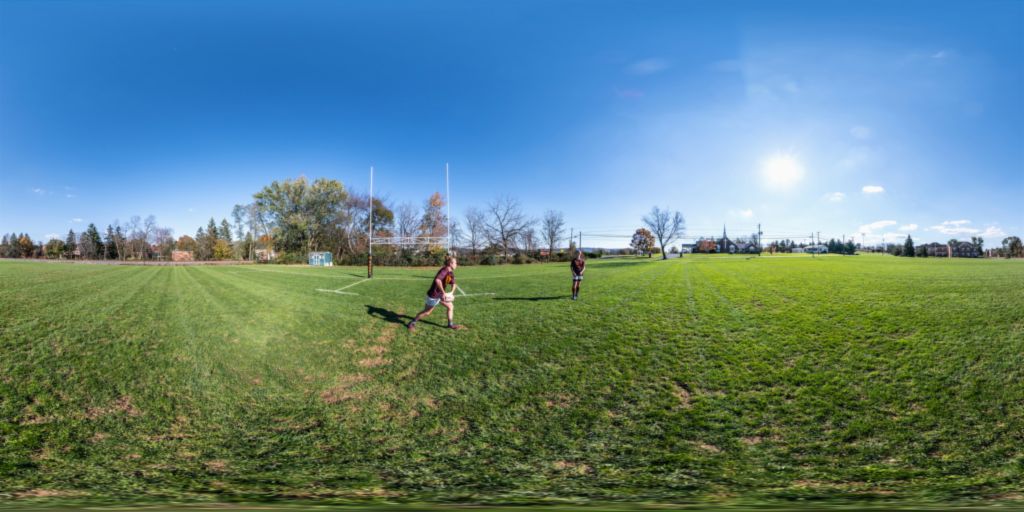